Is your child always calm and fully engaged in her play?

Or does she flit from one toy to the next, rarely focusing for long?

Have you ever considered that she might have too many toys?

In a recent study, researchers at the University of Toledo discovered that too many toys can be distracting.

At first glance, this seems counterintuitive. Wouldn’t more choice mean a greater chance of finding something you liked to play with? Surely, fewer toys leads to boredom? 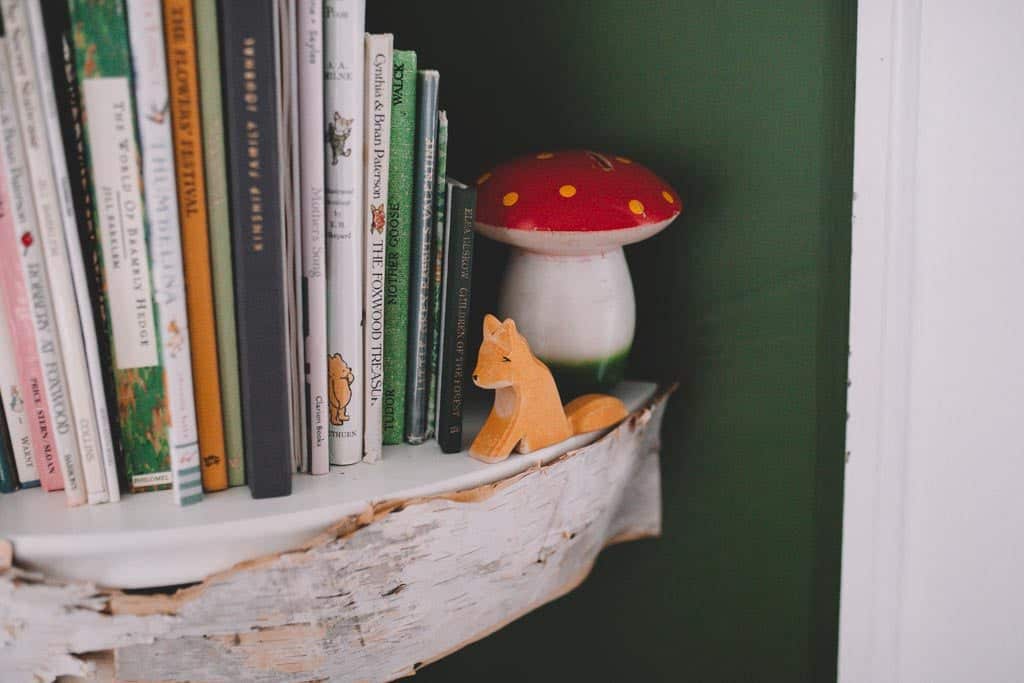 How does attention develop in infants and toddlers?

All children can focus but it’s a skill that grows with time. Limitations in perception and working memory impede it in the first few months.

As babies become toddlers, their capacity to think and move increases. They are able to make decisions about what to do next – and move towards the target object. If you’ve got a newly mobile baby, you’ll have noticed how something catches their attention but by the time they have crawled halfway there they’ve forgotten what it was they were aiming for and become distracted by something else.

At this time their ability to pay attention also grows. They can stay engaged with a task for longer.

Infants’ attention is determined by external factors: How close is the object? How new and exciting? You can tell if a baby is engaged by the amount of time she spends looking.

Toddlers’ focus, on the other hand, is determined by their interests and goals. They are intrinsically motivated. External stimuli are less likely to distract them. In other words, they can pay attention for longer.

And unlike babies, toddlers show they are engaged by manipulating objects rather than simply looking at them.

However, it’s usually not until preschool that children are able to override the impulse to switch their attention to something new.

So what does this mean for how you set up the play space for your child? 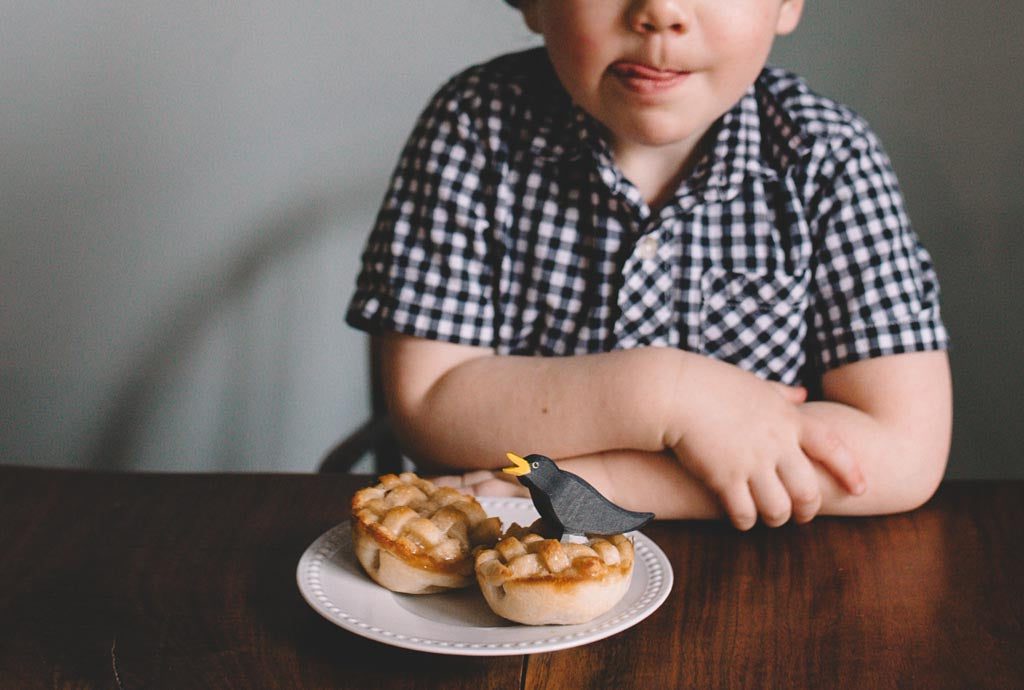 Does the number of toys available affect the quality of play?

The test was simple. Put a child in a room with either four or sixteen toys and answer the following questions: 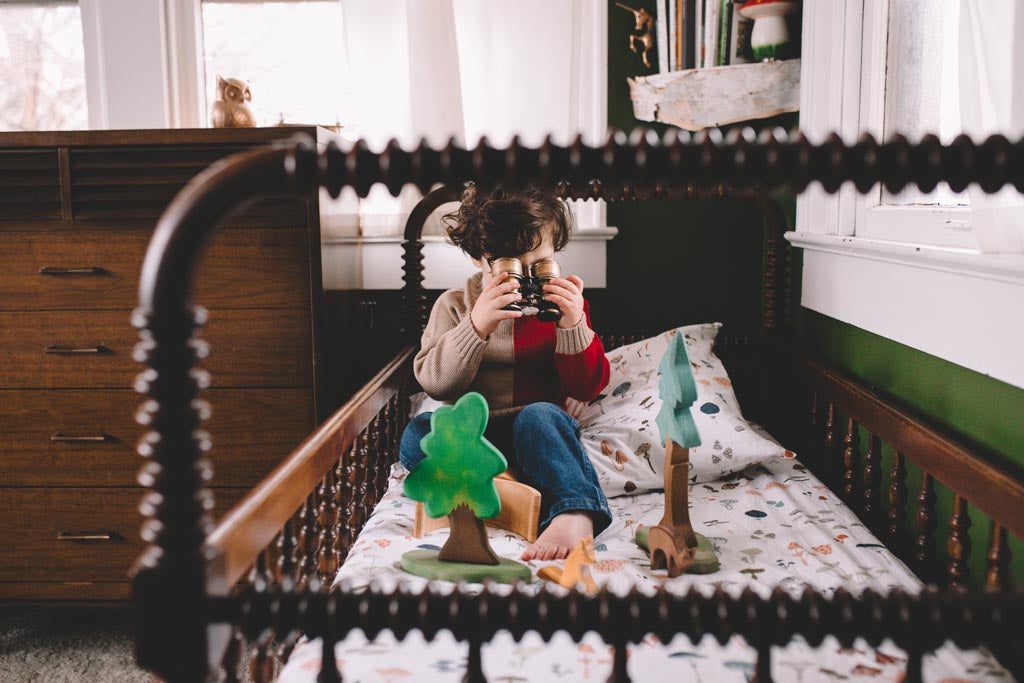 You don’t need a degree in child development to guess what happened: the children who were presented with sixteen toys were less focused. They wanted to try out each one.

The children given just four toys still explored the available options but then settled more quickly on the one that interested them the most and were much less likely to switch their attention. They were less distracted.

But here’s the important part: the longer they played with a toy, the more creative they became. They were able to explore its possibilities more fully. 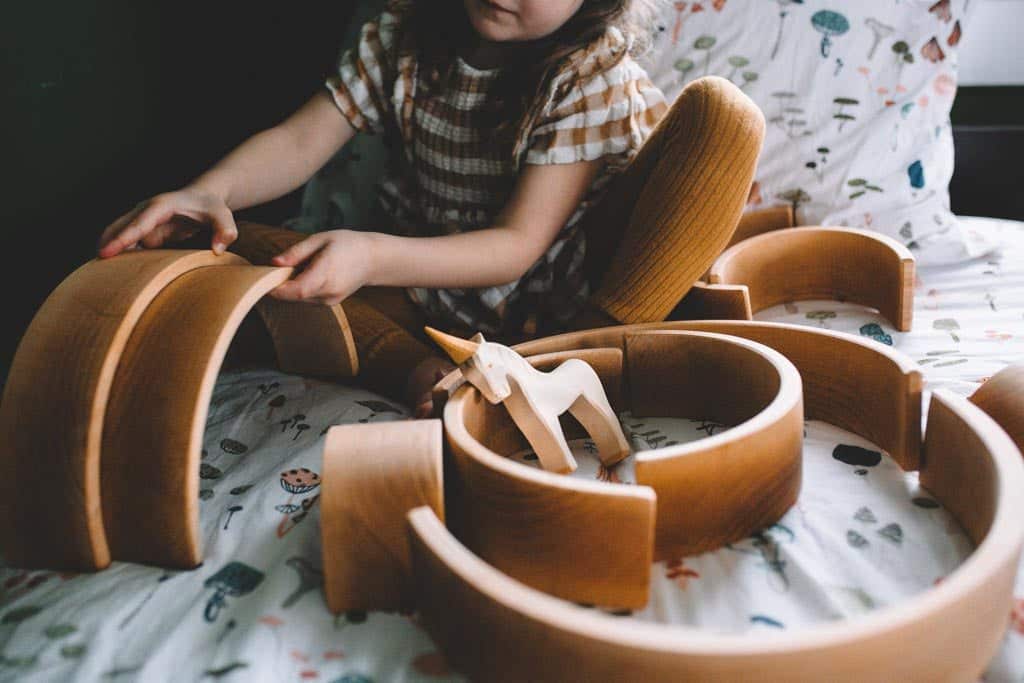 When I was young, I’d occasionally be left with my grandparents for the day in a house without a single toy. But I loved those visits.

For the first hour my sister and I were given a palette of watercolours and we would paint pictures on the tiles on the kitchen wall. After that – and best of all – we were allowed to have my granny’s stamp box. It was a small cigarette case containing a couple of stamps, some treasury tags, three or four paper clips and a watchmaker’s loupe, the coolest thing ever (Google it. Then you’ll realise what a sheltered life I led!). You couldn’t tear us away from that box. In a house so empty it barely had any furniture and no books, it was an Aladdin’s cave of treasures.

In the afternoon, we’d visit my great aunt, who lived round the corner. She had a beautiful garden but we weren’t allowed to play in it. A quick walk up the path and back again – no stepping on the grass! – and into another empty house. An hour to kill while the adults talked. But there was a trinket my great aunt had brought back from a holiday in Spain forty years earlier: a porcelain donkey saddled with a pair of baskets. It lived on the mantlepiece but came down on special occasions. With nothing else to entice us, we threw ourselves into imagining worlds and adventures for this little animal. The hour flew past and by the end we were sad to leave.

The conclusion? With very little to play with we were forced to focus and be creative. The day was no less fun for having fewer toys. 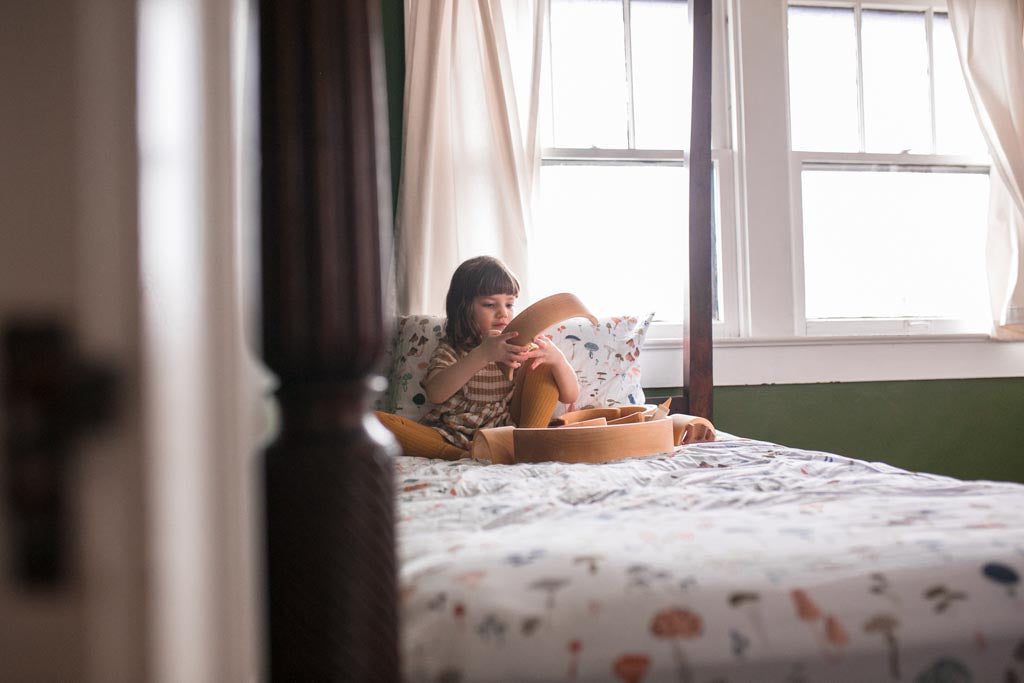 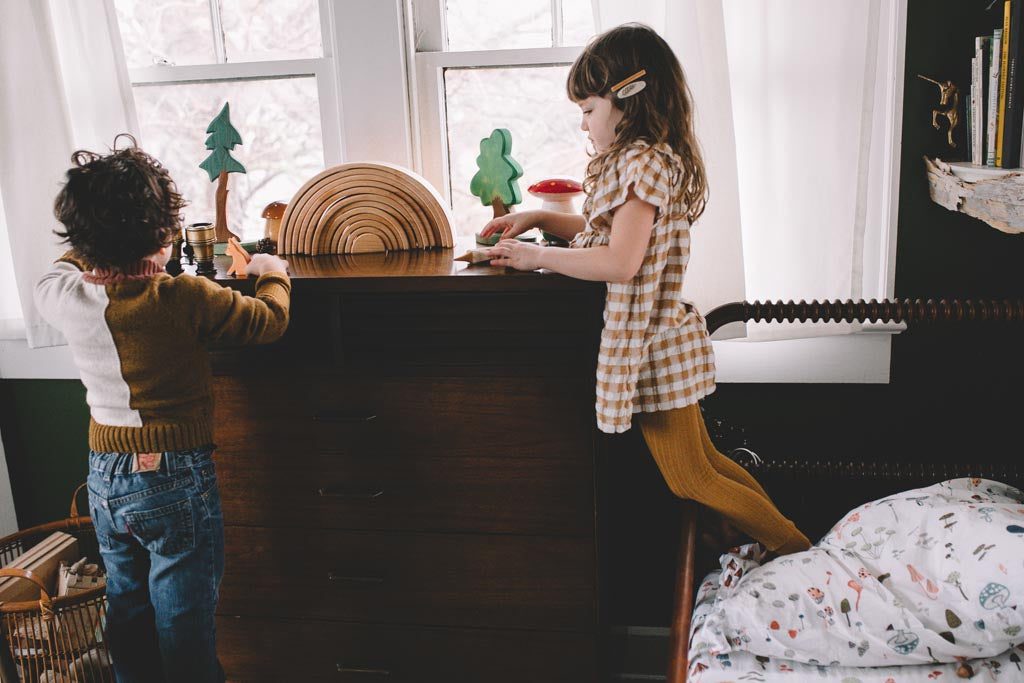 My second son was off school for a day last week. Too ill to go in but too well to stay in bed. Inspired by the memory of the cigarette box and the stationery, I looked in the cupboard and found some treasury tags, paper clips, an old ball of blu-tac and some hole re-inforcers (remember those?). I didn’t see him for the rest of the morning.

By the time he re-emerged, he had created a blu-tac volcano, erupting with paperclips, and a paperclip river of lava flowing down into a small world scene created entirely from the materials I had given him. He explored chains of clips and tags and tried to roll the blu-tac so thinly that it could stretch the length of the hall.

Next time your child complains of boredom, instead of buying them something new, try taking things away. Reduce what’s on offer and encourage them to see the available materials in a different way.

It’s the key to contentment.