Why do we value some play materials over others?

What’s so special about sand, water, sticks and clay?

This question is explored in Resources for Early Learning, by Pat Gura, a favourite book from my teaching days. In it you’ll find the following vignette:

A girl and boy of about nine or ten years old are minding a two-year-old. They are at the water’s edge on a rocky outcrop jutting out into the sea. The older children are skimming stones and the two-year-old is choosing large rocks to drop into the water. The older children keep half an eye, as they too hunt for the right kind of stones for their game. It is a wonder the younger child doesn’t hurl himself into the water, given that he has to aim each heavy rock away from himself and release it at exactly the right moment. The game goes on for about fifteen minutes. It is difficult to decide whether the two-year-old is interested in the clatter of rock against rock as each one makes its descent before splashing into the sea, or is it the sheer physicality of the activity that grips him so totally? A voice calls to the older children to fetch the younger. They try, but are ignored. He simply goes on with his game. ‘He won’t come,’ they shout back to the voice. ‘Tell him we’re going to buy toys,’ says the voice, ‘that’ll fetch him.’

What’s sad about this, of course, is that the toys are somehow accorded higher status than the rocks and the sea. Our instinct tells us this is wrong. But why? 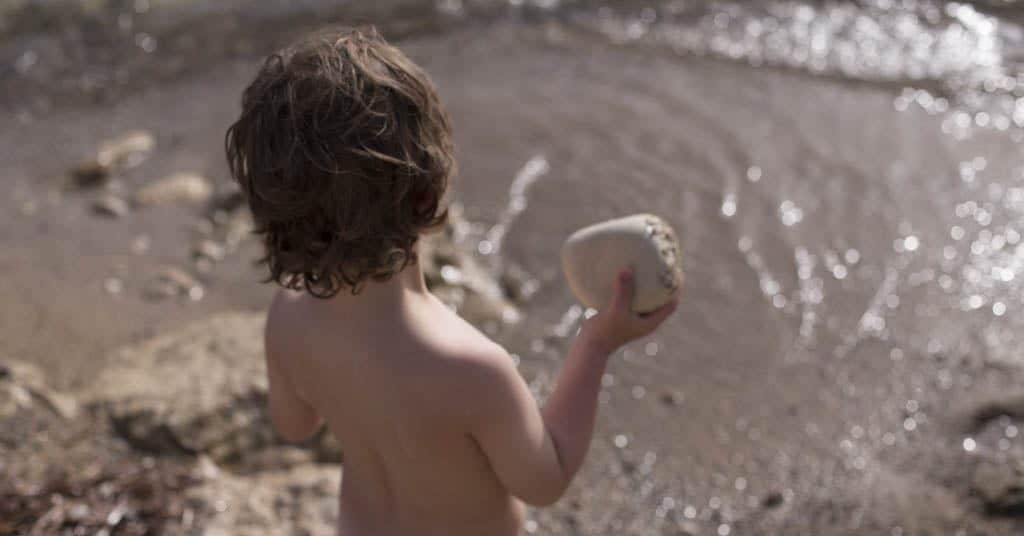 Toys are not better than natural materials. But they are not inherently worse, either (setting aside arguments about sustainability).

The thing that makes an object interesting is the range of possibilities it offers. You can do a lot with clay or Lego. But an electronic toy that makes funny sounds when you press a button? Not so much.

Take a look at the mess in your child’s bedroom. The best toys are used again and again in different contexts: in construction, in pretend play, in the bath. When I tidy my daughter’s bedroom my instinct is to put all the doll’s house toys in one basket, the blocks in another and the beads in a third. But as soon as she goes in there to play, it’s all tipped onto the floor and she grabs whatever serves her purpose. The images on the 100 Toys blog celebrate beauty and order but we all know that that’s not how our children’s rooms look most of the time. 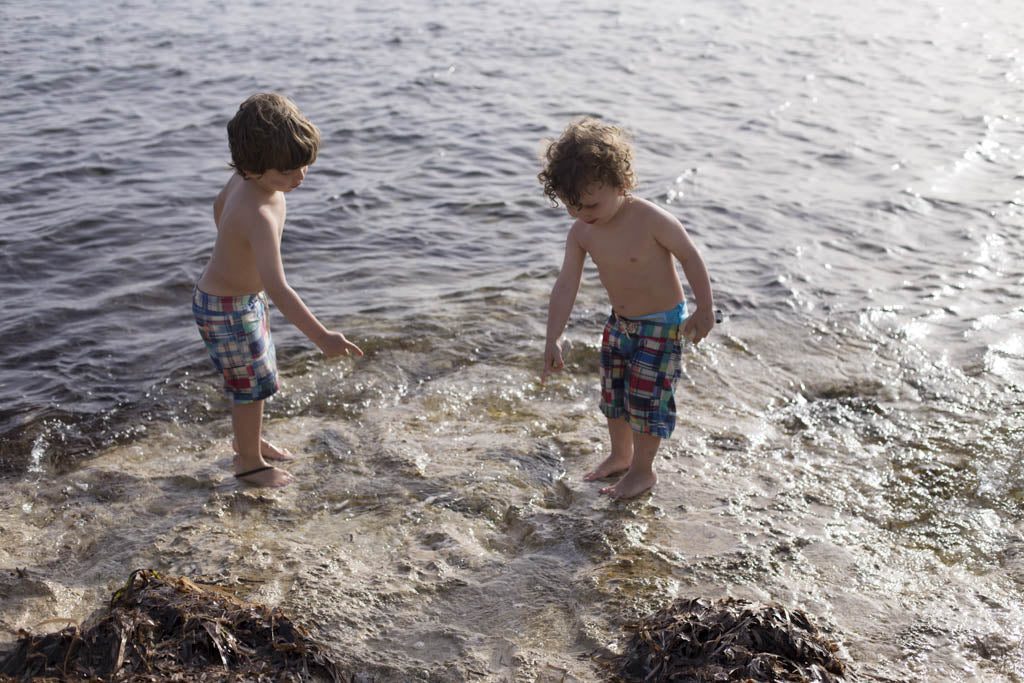 Friedrich Froebel is father of the kindergarten.

He believed that learning in a garden reinforced the link between all living – and non-living – things. Learning makes more sense within a wider context.

Unfortunately, his ideas about the child in nature have now become separated from his original vision. We have come to believe that natural materials are a good thing in themselves whilst forgetting that it’s their interplay with the environment that makes them special.

What can you do with a collection of stones in a classroom?

But by a stream you can use them to divert the water, build a dam, make a splash, skim the surface, wash off the dust to make them shine or smash them in two to see their true colours within.

By that same stream you have access to mud, clay, sticks and leaves. There are birds and fish and the changing light on the water as the day marches on.

Equally, a stick loses some of its ‘stick-ness’ when not beneath the tree from which it fell. In the classroom it’s no more than a strip of wood.

It follows, therefore, that toys are not bad. It’s the context in which you place them that makes all the difference.

This is why I talk about increasing the play potential of your toys by keeping complementary pieces in the toy box. A wooden railway has more possibilities when you pair it with blocks. But adding pencils, paper and masking tape increases these by orders of magnitude.

Toys as tools for thought

So here we are at the crux of it all: materials help us to think. If we are building and we want to span a gap between two towers we look around for something to form a bridge. That could be a log or a Lego baseplate.

When children encounter a novel problem, they first have to work through it physically. They have to turn over objects in their hands before they can turn them over in their minds.

The things we surround ourselves with matter. They help us think through problems. Better tools make for better thinking.

The link to schemas

When we play with materials in the natural environment, we are solving problems our ancestors would have encountered. How to bridge a gap, how to sharpen a stick, how to enclose a space. We must make do with the same resources: the things we find lying around.

And so we fall back on those building blocks of thought: schemas. Enclosing, rotating, positioning, enveloping.

The Gura book above is part of a series for educators called 0 – 8 Years (which I highly recommend).